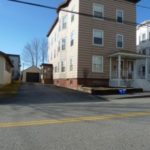 “My family Feels the Depression” is excerpted from Business Boy to Business Man, by Robert Verreault (with Denis Ledoux). 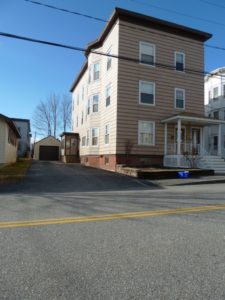 On October 29, 1929, the stock market crashed. Of course, I didn’t know that, as I was only six. Soon though, my parents, although they didn’t have stocks to crash, were beginning to feel the effect.

By 1930, everyone was slipping into the Depression, and mortgages were being foreclosed everywhere as people lost their jobs and their life’s savings. That was around the time that my father had had to take a cut in pay. His Dulac relatives called their employees together and made the announcement that, in order to save the company, they would reduce everyone’s pay. It must have been hard to do when a great many of the people they hired were relatives and friends, but they felt they had no other choice. My father’s pay was reduced by about a third. (So he worked for the same number of hours but had a third less income to bring home to feed the same number of children!) But, this was not a case of the owners making money off their unfortunate employees. They recognized that my father had a large family and the Dulacs took even bigger cuts to pull their business through hard times.

The deal Aunt Emélia Parent and my father had made to  finance the apartment building we were living in and which my father had believed he would own someday had made began to go sour. Perhaps, because of the Depression, Aunt Emilia now needed to have access to the money that had gone into the second mortgage; perhaps she and my father had gotten into a disagreement about what they expected from each other. I don’t really know, but, at one point, she demanded her money back. My parents could not provide it for her without selling the apartment building they had come to think of as their home. My father had already had a cut in his pay, and there was no extra money. In the spring of 1931, after a half dozen years on Jefferson Street, my mother pregnant again, my parents were forced to sell the building with our comfortable, attractive first-floor home and to move to a cramped third-floor apartment on nearby Howe Street. My father never spoke to his aunt again.

It was a difficult change. The new apartment was smaller and less well constructed. The fact that it was on the third floor meant a lot of trekking up and down two flights of stairs for the children. As life would have it, on the second floor, there lived a single woman all by herself. She must have gasped to learn that a family of seven children was moving in on top of her! My mother was constantly asking us to be quiet as we came in and out. Of course, we usually forgot.

My parents thought of this time as a difficult one.

Do you have a Depression story like “My Family Feels the Depression” from your family? Share it in the comments below.