We Are Your Memoir Coaching Help

The Memoir Network has assembled a professional stable of coaches and editors to provide you just-in-time memoir coaching help.

Denis Ledoux is the founder, director, and editor-in-chief of The Memoir Network with its plethora of memoir coaching help, and its predecessor, The Soleil Lifestory Network, and the author of the classic Turning Memories Into Memoirs, A Handbook for Writing Lifestories, and originator of the Turning Memories® Workshops.

He has worked with thousands of first-time and experienced writers through his workshops, as a writing editor, coach, and ghostwriter.

Denis holds a master’s degree in education and, in another life, taught English, creative writing, French, and Latin at both the high school and university levels. He especially enjoys the challenges of working with writers of all levels of accomplishment to craft insightful and well-written memoir out of personal and family histories.

I worked with Denis, wrote a lot on my memoir and have never again felt the same anguish as I did before putting my story on paper. It was a healing experience! He’s the best prose-writing teacher I’ve ever had. Working with him changed my life.
—Kelly Flint

He was twice chosen for a Maine Individual Writing Fellowship and his collection of short stories, Mountain Dance, was selected for a Maine Fiction Award.

Denis Ledoux lives and works in his native Maine.

To order, click here or on the banner above. 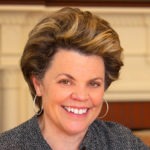 Francie King is a writer, editor, and proofreader with a passion for writing profiles, memoirs, and personal biographies. Along with writing or editing more than two dozen books, she has published work for museums and universities, news organizations, magazines, and government publications. Among her own favorite recent projects are the life story of a Chinese immigrant family, the account (ultimately tragic) of an American family in World War II, and a rags-to-riches memoir of a chief executive of a major American company. For Francie, editing and proofreading require a clear eye for both big picture and small detail, along with devotion to maintaining a client’s own voice. Francie lives and works in Marblehead, Massachusetts.

To read a sample of Francie’s writing, click here. 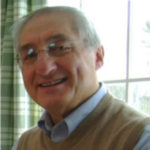 Steve Hrehovcik’s memoir, Rebel Without A Clue – A Way-Off Broadway Memoir, chronicles his dream of pursuing a career in the theater.

Steve enjoys working in wildly divergent genres. His successful writing projects have ranged from editing the memoir of a woman who had to overcome the long-held bias against women in the workplace and educational institutions to a book providing helpful tips and techniques for success in business—and much more. He is currently ghostwriting the memoir of a Haitian-American doctor for the Memoir Network.

“So many people dream of producing a memoir, but they don’t know how to get going.  As an editor and / or coach, I look for ways to create an effective launch and to make a story vivid and meaningful. Often writers do not notice the thread that weaves through their lifestories and so they are unable to organize an effective structure for the manuscript. Writing my own story, Rebel Without A Clue / A Way-Off Broadway Memoir, provided me with a foundation to guide people to write their story with passion and clarity.”—Steve Hrehovick

Steve Hrehovcik did a great job. He helped me putting humor into the story and that made a great difference in the final product.

—Milliardaire Syverain, Out of Quisqueya: From Trials to Triumphs in America

Steve lives with his wife Carol in Kennebunk, Maine. They are the parents of three grown children.

To read a sample of Steve’s work, click here.

Take the next step & call us today!

Are you ready to work with a memoir coach?

If you are ready to proceed to the write the best memoir you are capable of, we suggest you sign up for our introductory package—try us for a three-hour commitment. That’s it: three hours! If we’re a fit, you ask us for more time. If we’re not a fit, we go our separate ways.

In the following, Denis Ledoux welcomes you to the potential of coaching. Click below.

Still have questions that have not been answered?

Are you ready to work with a memoir coach?

We offer an introductory package—try us for a three-hour commitment. That's it: three hours! If we're a fit, you ask us for more time. If we're not a fit, we go our separate ways.