Over the years, we have worked with thousands of clients who aspired to leave a written legacy—whether in workshops, tele-classes, coaching, editing, ghostwriting or book production.

We are proud of our writers.

Since 1989 we have helped hundreds of thousands of pages to be published in well-crafted books. We post here both what are among the best memoir excerpts from some of these many books and stand-alone stories that are still in the process of becoming a book.

These writers anthologized below have worked long and thoughtfully to leave a written legacy for their children and the world. Many have written with a  cause in mind while others have simply wanted to leave a record behind of their lives.

Enjoy these excerpts from the memoirs of The Memoir Network clients. They will not only entertain you for the while you are reading, but it is our hope that they will also provide you with guidance and motivation for your own writing.

More to the Anthology

~ To read what our Editors & our Associate Memoir Professionals have written, click here.

~ Friends who have come to us from many sources have also sent us excerpts of their stories. Click here for their contributions.

If you would like to submit a story for the anthology, please read the guidelines. We look forward to hearing from you and possibly publishing your story.

One day, perhaps you, too, will be included in these best memoir excerpts.

Cindy Doucette (Berwick Maine) has seen her poignant story depicted in It Can Happen To Any Family used by the juvenile correctional system of York County, Maine, to effect turn arounds in young people.   Below is a testimonial written by a young person who was in the correctional system and who is testifying to the […]

Note: Cindy Doucette’s daughter, Candice, was sure she could defy the odds and survive as she continued her drug addiction. This excerpt from Chapter 3 of Cindy’s memoir is a mother’s lament:

The shock I had first experienced at hearing of Candice’s death had given way to overwhelming sadness. I had lost my daughter, my daughter in whom I had placed so many hopes when she was a baby and a little girl. Then with time, that sadness gave way to anger. How could Candice have chosen to ignore all the good advice we had given her? Why didn’t she pay attention to the countless articles about the risks of drug addiction I had passed on to her to read? And how could she not learn from the death of her friend, Joey? I was angry, too, that she had thrown away the long life she might have had, thrown away her chance to become the singer she had said she wanted to become or the chance to use her drawing skills to become a graphic artist or a fashion designer. Her entire future had been thrown away—all for a few minutes of feeling high.

All of this was a waste because of senseless, stupid drug addiction.

How could he have missed her drug addiction?

END_OF_DOCUMENT_TOKEN_TO_BE_REPLACED

Editor: The following is an excerpt from Walter Linder’s labor union memoir, A Life of Labor and Love / A Red Memoir.

When I reached my early twenties, I was convinced I was too shy to ever get married. Although I had gone out on dates with various women, nothing had clicked. At 24, I began seeing a young woman named Charlotte. We went out for about a year but I sensed something was not quite right. I wasn’t meeting my wife!

“Wally, I could never marry someone who doesn’t dance,” she said — leading my sister June to advise that such superficiality was not for me.

“Forget her.” (Good advice. As it turned out, the three women with whom I was to spend the next six decades of my life — Esther, Toni and Vera — were all terrific dancers.)

During that year, Gladys, a comrade from my CP railroad section asked me if I had a girlfriend.

“Yes,” I replied, but “it doesn’t seem to be going anyplace.”

“Why not?” she answered. END_OF_DOCUMENT_TOKEN_TO_BE_REPLACED

Today’s successful memoir writer is Jean Crichton. Jean attended the very first national workshop that I organized in 2000. From that time, we developed a strong working relationship via coaching and editing. She was one of those writers who was an absolute pleasure to work with. To read other interviews For the most recent interview with […]

Today’s writer is Cindy Doucette whose book is It Can Happen to Any Family. On August 22, 2012, we printed a testimonial written by a young person who was in the correctional system and who wrote of the influence Cindy Doucette’s book had on her. Our last interview was with author Peggy Kennedy. If you haven’t read it, click here. Denis […]

Denis Ledoux: Can you tell our readers what your successful memoir is about and why you were impelled to write it? What was driving you to spend the time, energy and money to get this book out into the world? Peggy Kennedy: The name of my book is Approaching Neverland, A Memoir of Epic Tragedy […]

It was inevitable that I should write Aurore: My Franco-American Mother. From early childhood, I enjoyed my mother’s stories, visualizing the scenes as she talked about her family and the past. During my teen years, I thought my mother talked too much, repeating the same stories over and over again. Whenever she was on the […]

The following story is written by Edwina Carr-Jangarathis a memoir professional who has done considerable writing. We had the pleasure of publishing her book In Their Own Words. 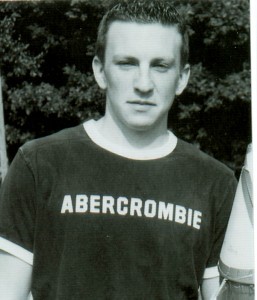 Eyes squeezed tightly shut, I listen for the laughter of my two grandsons as I drift on my rubber raft. I’m certain if I’m silent and try hard enough I’ll hear the laughter of the boys again. Glimpses of summer days when we laughed together flash through my mind. One day, we linked our three rafts so they bumped over the small ocean waves one after the other. Not as content as I was to sit and ride, Kyle dove down under the blue surface that seemed so deep to me, fearful as I am. Where is he? I began to worry. Then, I felt something tugging at my feet and I saw him reappeared near the edge of my rubber raft. It shook fearfully and threatened to tip. Tim came to help him “torture” me. Seeing my reaction, they laughed and pulled all the more at my raft. Splashing them in self-defense, I laughed and shouted “You can’t treat your grandmother this way.” They splashed back, giggling and kicking their feet behind them. END_OF_DOCUMENT_TOKEN_TO_BE_REPLACED

An excerpt from Digging for Treasure, Two Pioneer Coal Developers in Portage, Pennsylvania by Jean Crichton My sharpest memories of Portage, Pennsylvania, date from certain Sundays before my father’s death in 1952 (when I was 8). After church and Sunday dinner at our suburban home in Westmont, outside of Johnstown, Father would suggest “a drive […]