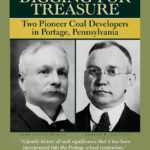 Today’s successful memoir writer is Jean Crichton. Jean attended the very first national workshop that I organized in 2000. From that time, we developed a strong working relationship via coaching and editing. She was one of those writers who was an absolute pleasure to work with.

To read other interviews

For the most recent interview with Peggy Kennedy, whom we first presented to you on June 5, 2009, click here. Approaching Neverland, her memoir  of a mentally-ill mother and a family that  struggled to survive, is amazing—and redemptive. I hope you will procure a copy.

To read Cindy Doucette’s interview in this series of “How to Write a Successful Memoir,” click here. Cindy is the author of It Can Happen to Any Family, a disturbing story of her daughter’s death due to drug overdosing.

Denis Ledoux: Can you tell our readers what your book is about and why you were impelled to write your book?

Jean Crichton: I wrote two family histories, not really memoirs because I only turn up as a child in both.

Both books preserve the Horatio-Alger-like story of my father, Andrew B. Crichton (1882-1952), who went into the Pennsylvania coal mines as a ten-year-old, became a mining engineer through correspondence school courses and went on to found a prosperous regional coal company with the help of four of his brothers. The book that followed his professional career was called Digging for Treasure: Two Pioneer Coal Developers in Portage, Pennsylvania. This book is available to the public.

The second book follows the life of my Scottish-born grandfather, William Crichton (1850-1927), who came to America as a teenager, married and struggled as a Pennsylvania coal miner to raise and educate a family of seven boys and two girls. After an unsettled life, he was able to retire comfortably, because of the diverse successes of his grown children—some in the coal company with my father, one a teacher and one a nationally-known writer—Lyle Chricton. The second book is titled The Education of William and Margaret Crichton: A Family History. It is not available to the pubic

D.L.: What was driving you to spend the time, energy and money to get Digging for Treasure out into the world?

JC: I spent years interviewing elderly family members, traveling to the places where the family lived and researching the historical context of their lives in the late 19th and early 20th centuries. What drove me was the thought that if I didn’t manage to tell the stories of these long-ago people in my family, it would be as if they had never lived. I felt compelled to bring them back to life.

D.L.: Can you tell us how long it took from the time you conceived the book to the time you had it published?

JC:I thought of doing a book on the family about twenty-five years ago, but it took me a lot of years to gradually figure out what form it would take—and eventually I realized I needed two books. I did many other things in the meantime.

D.L.: How many years did you spend in active writing?

JC: Probably around ten years on and off, but again I did a lot of other things during that period.

D.L.: Were there long breaks in between active writing periods? If so, what happened to get you writing again?

JC: Yes, I was occasionally very frustrated, sometimes downright angry that the book wasn’t taking shape. I took a couple of two-to-three-year breaks. I felt so obligated to tell the stories, however, that guilt and the determination to finally finish would well up in me and I would pick up the story again.

D.L.: You must have had periods of time in which you were discouraged or at least less enthusiastic. Can you tell us about how you kept yourself going? What worked for you?

JC: I continued to be fascinated with the elders in the family and would ask them questions and do taped interviews whenever I had a chance.

At Denis’ suggestion, I arranged all the newspaper clippings and letters in several family scrapbooks in chronological order and was able to figure out the sequence of certain events.

I also remained very close to a cousin with a wonderful memory who lived to be 105. I was intrigued by the details she remembered and was able to confirm many of them via Google and Ancestry.com. For example, she had very concrete memories of her father’s death in the 1918 influenza epidemic. His death affected other members of the family. Using her memories and newspaper clippings in old scrapbooks, I pieced together the details of his death and funeral.

Actually, the incredible lode of genealogical information now available on the Internet kept on giving me new material and new inspiration. Purely through repeated Googling, I found my father’s 1882 baptismal record, read about my Uncle Harry’s winning 1913 football season at Lehigh University and discovered that Harry ran for Congress on the Prohibition ticket in 1926 (he lost; oddly, Prohibition was on its way out at the time and was repealed several years later in 1933).

With all the new information, I decided that I HAD to get back to writing.

D.L.: Tell us what the theme of your book was. How did you come upon this theme? Do you feel you were successful in getting your theme across to the reader?

JC: The theme, as I said above, was to describe my family’s progress from immigrants to prosperous citizens with successful lives in a variety of areas.

D.L.: Is there anything in particular you would say was the most difficult thing to succeed at in this book? Was it scheduling, research, plotting, point of view, believing in yourself, or what else?

JC: My worst problem was that there was too much information and too many characters (and many of them had the same names, generation after generation: Margaret, Sarah, Andrew, William etc). I had to figure out what was significant and what was not. I also often got so caught up in the research that I could spend a day Googling and mooning around about the origins of bicycles and paved roads (just because I found a reminiscence of my father’s saying he had enjoyed biking around a mountain coal town in 1892). In the end, I had to leave a lot of the context out.

D.L.: Was there a trait for writing a successful memoir you have discerned for the process of writing? That is, are there best practices you would recommend to readers that would facilitate completing her/his memoir? EG. working on schedule, quitting not being an option, external physical or emotional support from someone, etc.

JC: Writing on schedule was important, as was my commitment to working with Denis. He helped a lot with producing regularly—especially when I had an appointment and had to run something in. Another challenge was trying to find a focus about what I really wanted to say. I had to overcome a lot of emotional baggage. Of course, I was very encouraged when someone read parts of the book and said they thought I was on the right track. I got terrific feedback from Denis and a writing partner I worked with in a year of telephone conferencing (again, via The Memoir Network). I was also encouraged when family members read portions and gave me support.

D.L.: How have you dealt with self-doubt?

D.L.: What makes for a successful memoir? Do you feel your memoir was a success?

JC: What makes a memoir successful is writing very honestly and candidly in expressing your own memories. The freshness of remembered details can be so effective. I was writing about a time when I was not yet born, but I tried to include my early reactions to the stories I was told. I found very early memories of people and places as a way of opening the book—and as a lot of readers have shared, these passages were more memorable than anything else.

D.L.: How do you recommend people deal with sensitive material that relatives might take offense at?

JC: This was not so much of a problem for me, since my book was set so far in the past that very few people had opinions about the details. When there was sensitive material, I tried to explain how I had arrived at my version and sometimes was able to do it in a humorous way. In one case, a cousin told me his grandfather had committed suicide. When the cousin’s brother heard this, he was outraged and denied it could possibly be true. By that time, the first source had died. I tried but was unable to confirm the story one way or the other, so I simply said the grandfather had died. What’s the point in even mentioning suicide when the guy died in 1897 and no one alive ever knew him? But many in the family (including MY grandfather) had alcohol problems, and I tried to discuss that without judging.

D.L.: Did you envision yourself as a writer before you began this book? What is your identity as a writer of a successful memoir now?

JC: Yes, I had worked as a journalist for quite a few years before I began to write these books. I ask myself why I had so much difficulty—and I come back to the challenge posed by the immense volume of material and my difficulty in organizing it.

D.L.: Will you write another successful memoir? Why or why not?

JC: Probably not. I sometimes think about writing a real memoir about my own life, but I think some parts of my life, maybe the most dramatic parts, are better left undiscussed.

D.L.: How have people reacted to your book? What sort of feedback have you received?

JC: My books were really written for my extended family and friends. I have gotten very positive feedback from them.

D.L.: Was selling copies important to you? If so, what sort of outreach have you done to pursue sales: did you speak to groups, do guest blogging, do interviews, etc.

JC: I would have liked to sell a lot of copies, but my main concern was getting the book into a lot of hands, so I gave many copies away. I did sell the first book on Amazon and sold probably hundred-plus copies. I spoke to a few groups, but really dropped the ball on marketing.

D.L.: What are your writing plans?

JC: I use my journalism background to do public relations for my church and for community groups. It’s possible I may try to write more about my family. I am also considering writing on other topics.

Jean Crichton has a journalism background. She lives in New Jersey with her husband Bob Gunhouse. Her book, Digging for Treasure: Two Pioneer Coal Developers in Portage, Pennsylvania, is available at Amazon.Click here.
View all posts by Jean Crichton →

The Spirit of Villarosa: A Father’s Extraordinary Adventures / A Son’s Challenge
How Writing to Ease Pain—Even of a Son’s Murder