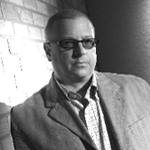 During WW2, the Japanese enslaved thousands of women to serve as prostitutes. I recently had the opportunity to interview author William Andrews about his experience writing his recent novel, Daughters of the Dragon: A Comfort Woman’s Story. Last week, I published the first part of the interview and below I publish the second portion. If you have not read the first portion, it is a good idea to do so before reading the text below.

DL: You changed narrator in this book. You went from a third person to a first-person narrator. You went from a middle-aged male narrator to a young woman. Can you talk to us about why you did that? What were some of the challenges you had?

BA: Yes, both of these changes—from third person to first; from father to granddaughter—really helped the book. Let me start with the second—changing the character. I first wrote the frame of the book (the book is written in a framed narrative or a story within a story) with the father of the adopted daughter as the narrator. Why? Because I was him. It was easy for me. Then I realized that the granddaughter—the daughter of the comfort woman—had the most at stake in the story. By giving her the narrative, the frame had much more power, more emotion. It was more direct, more raw, more dramatic. It wasn’t nearly as easy to write, but it was way better.

As for switching from third to first person, that was a result of needing to give the narrative a better voice. Writers and agents and publishers and coaches talk about “voice” all the time, but it isn’t always clear what it is.  Well, to me, it’s a simple concept, but not easy to do. Voice is the personality of the narrator. Think about it. If you could have your comedy told by either a boring person, or by Robin Williams, who would you choose? Then again, you might not want Robin Williams to narrate your romance since the personality or voice of the narration must match the story. To get the voices right in Daughters of the Dragon: A Comfort Woman’s Story, I changed the narration to first person. Once I did, the personality HAD to come through. The 20-year-old granddaughter said things like, “awesome” and “seriously?” and such. The 80-year-old Korean grandmother’s voice had to be deliberate and precise to match her personality. Structurally, it wasn’t all that hard to change, but really forced me to think about voice.

Your memoir can be written more quickly and expertly.

A writing coach helps you at every step of the process, pointing you in the right direction and gently correcting your course. An editor helps you scrutinize your manuscript to go deeper and  be more insightful.Which do you need now to write a better memoir? Free consultation. 207-353-5454 or email today.

DL: Is there anything in particular that you would say that was the most difficult thing to do in this book? Was it research, plotting, point of view?

END_OF_DOCUMENT_TOKEN_TO_BE_REPLACED

For over 30 years, Bill was a copywriter and a marketing/brand executive with several Fortune 500 companies. For fifteen of the more painful years, he ran his own advertising agency. At night and on weekends and sometimes during the workday, Bill wrote fiction. Bill's first novel titled The Essential Truth won first place in the Mayhaven Contest for unpublished fiction. Today, Bill is retired and focuses on his writing. He lives in Minneapolis with his lovely wife.
View all posts by William Andrews →

6 Tips to Finding the Time to Write A Memoir
How to Write A Book: A Chat With Author William Andrews Part 1

One Response to How to Write A Book: A Chat With Author William Andrews Part 2