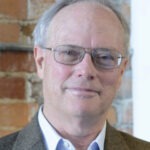 Writing a biography poses specific challenges and research problems that are sometimes parallel to, but in the end quite different from, those involved in memoir and historical fiction.

The start of this project

My work on what became First Franco: Albert Beliveau in Law, Politics and Love began more than four years before publication, when I had preliminary discussions with Albert Beliveau’s son, Severin, about a long-dormant project began a generation earlier by a scholar then at the University of Maine, Barry Rodrigue. His manuscript dealt primarily with family genealogy and ethnography of the Franco-Americans in Maine, especially family origins in France, and subsequent migrations – not always voluntary – to the Maritime Provinces and Quebec, then to the mill towns of Maine, centering on factory complexes in Lewiston, Biddeford-Saco and other growing towns and cities along Maine’s great rivers.

My task in preparing writing a biography of Albert Beliveau would be to concentrate on his legal and political career: as a county attorney, Congressional candidate, and on the Maine Superior and Supreme Judicial Courts, as well as his personal and community life centered on Rumford, home for the last six decades of his life.

The collaborative element in writing a biography

While my subject had died in 1971, his two sons – Albert, Jr., or Darby, and Severin – were very much alive, and each had distinctive views about their father’s unusual and exemplary life. I call him a pioneer – not from the word’s origins in French, as a “foot soldier,” but in the expansive, figurative English sense of, as the Oxford English Dictionary puts it, “One who goes before to prepare or open up the way for others to follow.”

Throughout his long life – he lived to be 84 – Albert Beliveau set examples for himself and others. In addition to his professional achievements, he served as a bilingual second lieutenant in France during World War, became the first Franco to lead Maine’s American Legion chapter, and was the protégé and confidant of Anglo figures such as Oxford paper mill owner Hugh Chisholm, Jr., Maine Chief Justice William Patangall, and the state’s leading political figures. At a time when it was far from popular to do so, he spoke out against religious, ethnic and racial discrimination.

To adequately encompass these remarkable achievements, in writing a biography, I had to dig more deeply than I had before, not only into the archives, but in my own habits of mind. Albert was a Franco, a Catholic, a lifelong Mainer, a military veteran, distinguished lawyer and a Democrat. Of all those traits, I share only one.

The essence of biographical research, it turns out, is to employ one’s imagination to enter into places and eras – whole worlds, it seems at times – that are utterly unfamiliar at the start. And more than any previous writing project, in writing a biography, I leaned heavily on the talents and knowledge of others, quite apart from the voluminous leavings of Albert Beliveau, which amounted to tens of thousands of pages, not to mention photographs, art work, memorabilia, check stubs and business ledgers, what one might accurately call the whole nine yards.

I had the benefit of skilled translations, conversations with a handful of scholars and historians who’d gone before, and extensive conversations with Albert’s sons, both of whom had been shaped by his example, and who helped bring his voice, his manner, and his quirks vividly to life.

Writing a biography wasn’t a linear path, however. At the beginning, the archival record at the Franco-American Collection in Lewiston, though almost overwhelmingly varied, seemed to have puzzling gaps. One was filled, finally, with the discovering of partially archived material in an expected location. Others were bridged when a trove of family letters – the only documents in the handwriting of Albert’s parents – came to light after the first draft had been completed. And, my personal favorite, at the very end came photos from the first murder trial he prosecuted, back in 1915: copies of trial evidence he’d requested for his files, emerging long after the originals were almost certainly destroyed. (TMN note: To view the video of Doug’s book-launch presentation at The Franco American Collection, click here.)

The sleuthing involved in thoroughly investigating all the biographical evidence – pursuing seemingly unlikely leads, cross-checking other archives in the hope they might yield a significant bit, stumbling across a related family history on the Internet – can be exciting and even exhilarating.

Dealing with frustration when writing a biography

Yet, if the biographer is being honest, there is also, inevitably, a sense of unfulfillment. Unlike a fully imaginative work, the material is often incomplete, sometimes frustratingly so. While the early years of Albert’s Beliveau’s judgeship are abundantly documented, and the story lines relatively easy to follow, his correspondence disappears for several years after 1950, and the rest must be pieced together from judicial opinions, news stories, and stray letters from family members and colleagues. The letters must still exist – he rarely seems to have thrown things away – yet they didn’t yield to the searches I was able to make.

Sometimes, in writing a biography, it’s a key incident – such as being passed over for the biggest judicial prize, the chief justiceship, by his fellow townsman, Ed Muskie, no less – about which one would like to know more. On this occasion, more likely than not, the key words were never written down.

Yet one must be grateful that so much can be recovered, and retold, as part of a process that had many hands, and many gratifying human exchanges. Albert Beliveau, in his different moods, could be a raconteur, a bon vivant, fascinating to men and women alike, a man ahead of his time, and one who was rarely discouraged by slights and reverses – one who made his sense of difference into a source of strength, not only for himself, but for those around him.

In that sense, he was an inviting subject – someone who one always wanted to know more about, never less. Whatever mysteries remain could be the subject for more research, more storytelling. Biographers, no less than historians, are always building upon the work of others.

In writing a biography, rather than the seemingly static set of facts and interpretations many of us were schooled on years ago, we have come to learn, in these times above most others, that the past can be just as dynamic, as subject to change, as the present, and whatever vision we had – or thought we had – of the future.  More work remains to be done, but as Albert Beliveau surely believed, beginnings, and new beginnings, are ever before us.

First Franco: Albert Beliveau in Law, Politics and Love is available for purchase.

As a journalist, Douglas Rooks served as editorial page editor for the Kennebec Journal in Augusta, and editor and publisher of Maine Times; he has written about state government and politics for 33 years, earning numerous national and regional awards. His biography, Statesman: George Mitchell and the Art of the Possible, was published in 2016 by Down East Books. His newest book, Rise, Decline and Renewal: The Democratic Party in Maine appeared in March, published by Hamilton Books. A graduate magna cum laude of Colby College, he is a former board president of the Unitarian Universalist Community Church in Augusta, and lives with his wife in a 210-year-old farmhouse in West Gardiner. He is a local columnist for the Kennebec Journal and Morning Sentinel, and is at work on a biography of a pioneering 20th century Franco jurist and politician, Albert Beliveau.
View all posts by Douglas Rooks →
The Origins of Christmas—it started before the Christian era
Memoir Success: Approaching Neverland