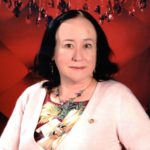 Writing a memoir is like opening a window into your life. It can also help clear the fog on windows of the past. Writing my own story in my memoir Nothing Like Normal  (published by Black Opal Press on November 14) caused me to wonder about the tales of my parents and ancestors and what they could tell me about my own life.

While my father’s genealogy had been thoroughly researched by his brother and sister, I knew there was very little recorded about my maternal family line and actual history. This changed when I took the time to examine a faded long sheathe of paper on which my great uncle had recorded a rudimentary family tree with roots stretching as far back as 1600, tracing our ancestors who first immigrated to the colonies from England. I had been careful to make a copy of this priceless document that I finally painstakingly transposed into Ancestry.com. 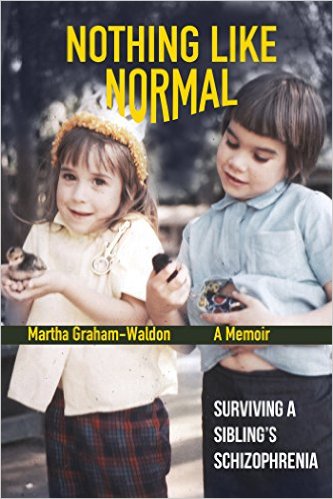 Those stories had always been close yet far away, waiting to be unearthed. As I was growing, up my grandmother often shared with me tantalizing snippets from her youth in the late 1800s. Since I loved “olden day” books such as Little House on the Prairie, I could easily imagine her and myself in that era. She would say “Martha, your tights remind me of the stockings I wore as a child” which would lead to how she seared her dangling legs on a tailpipe when she first rode in the back of a model T or other reminisces that wove a tangible thread from the past into my daydreams and the present.

One of the best of her stories was of my great-grandfather, my grandmother’s father, who was a young boy of at the end of the civil war. One day some soldiers came riding through his small town in Texas sometime after the last civil war battle at Palmito Ranch.

“Boy, hand me my rifle over there.” A blue-coated soldier said after he mounted his stallion.

My great-grandfather obediently reached for the rifle which was leaning against a white picket fence. In a terrifying instant, the trigger snagged on the fence frame and blew his arm off.

My grandmother, who obviously adored her father, was proud as she told this tale and of how he grew up to become a successful lawyer in spite of his disability. She and her sister would squabble over who got to cut up his meat at the dinner table. Apparently, he became so accustomed to just having one arm that he was sometimes unaware of it. She told me that one day he saw a man on the street with one arm and said to her, “Why, that poor man only has one arm” and then suddenly burst out laughing, “Well, I only have one arm myself!”

Grandmother also had told us that, back in the beginning, our ancestors were Tories who remained loyal to King George during the time of the revolutionary war. She said she thought she would have been a Tory as well if she had lived back then and that she would have advised her countrymen to try to “hang-on” and negotiate with the king for more representation under taxation instead of armed insurrection.

Our ancestors played important roles in American history. Like my great-great-great grandfather on grandmother’s side, Henry Jones (1804-1888) who was a Colonel and member of Congress for the Republic of Texas at the time of the Battle of San Jacinto.

Like my grandmother, mom also liked to share anecdotes with us, particularly about the challenges her family faced living in the shadow of the Great Depression. Prior to this, their family of four lived an affluent life, pampered by servants in San Antonio, Texas, until it all “hit the fan” in 1929. Her father struggled to keep the family finances intact for some years but finally, one day, he came home defeated, laying a quarter on the table, saying “that’s all we have.”

Grandmother was able to resurrect their finances through some smart oil investments and she continued to work throughout her life as an educator well into her 80’s, finally passing away at the age of 88.

More stories to be found

These ancestors, their surnames, and hints of the lives they led are now recorded for posterity but many births and branches of the tree still need to be filled in. In truth, there is more that is unknown than what is known. The rest is still waiting to be written.

What treasures lie in your past? If you take a go at readily available resources, discovering the past may be easier than you think.

Martha Graham-Waldon is a writer, spiritual entrepreneur and armchair activist who resides in the Santa Cruz Mountains of California with her family and a menagerie of pets. Her articles have been published locally, internationally and online. She is a winner of the 2015 Women’s Memoirs contest for a vignette based on her memoir Nothing Like Normal—Surviving a Sibling’s Schizophrenia to be published Black Opal Books on November 14, 2015. A member of the National Association of Memoir Writers, Martha also loves travel, the outdoors, Jazzercise and music. For more information, please visit www.nothinglikenormal.com
View all posts by Martha Graham-Waldon →

Cell phones: A fine way to avoid intimacy
Why Should You Write Your Memoir?