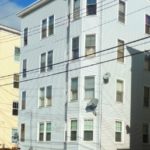 DL: This excerpt is from We Were Not Spoiled, my mother’s memoir which we co-wrote. It was published in 2014 and remains a comforting memory. My mother has passed but I have her words, her story. As I read this excerpt, I can hear her voice and she is with me again. You can read more excerpts here.

Write your mother’s memoir—or your father’s—before it is too late. If they have passed, write your memories before they fade.

I hope you enjoy my mother’s memoir excerpt.

Have you been benefitting from our info-packed YouTube videos? Our channel name says it all: The Better Memoir Writing Master Class. You can become a better writer!

Remember: whatever you do today, write a bit on your memoir.

My Parents Establish Themselves In Maine.

The Howe Street apartment where I was born was their second home. When they came down, they lived downtown in a tenement on Lisbon Street. My father worked at Dulac’s which was just down the way, and while the mills were not far from their tenement, my mother, who turned 21 on August 15 just a few weeks after marrying, did not seek outside work but kept house.

Language was not a problem because people spoke French in the stores and at church and on the streets. There were French-speaking doctors and dentists and lawyers. In that way, Lewiston was an easy place for my mother to come to, but still, it was an unfamiliar city. In the little apartment on Lisbon Street, she found herself alone all day. She had no friends or family there other than those of my father’s. I can only guess she must have been lonely. Like my father, she was the oldest of her family and had left five brothers and three sisters behind, the youngest of whom, Gabrielle, was only one year old. “I miss my Gabrielle!” my mother told me she said over and over in that first year away.

My mother bakes a pie.

One day, perhaps wanting to please her young husband, she devoted herself to making a pie. When my father returned home and was ready for his desert, she proudly served him. When he pressed into the crust with his fork, the piece shot off his plate and landed on the floor. Then, it bounced away on the kitchen linoleum. My mother was nearby and the piece of pie came to a stop between her feet. My father who was still a young husband thought this was funny, but my mother did not. She was new at being a housewife and, being only 21 and having tried her best, she broke into tears. I don’t think she had much experience in preparing meals because, at the little house on rue Dubé, it was her mother who had done most of the cooking. My mother had worked at the hotel dining room and not in its busy kitchen.

Sometime before I was born, my parents moved from downtown to their Howe Street apartment. Towards the end of July, Dr. Morin was summoned to the apartment to assist in my mother’s first birthing. I was born on Thursday, July 21, 1921. (That made me only two years younger than my aunt Gabrielle.) Now my mother had her very own baby. Making a home must have seemed more important to her now that she had a family.

As was the custom, because I was the first born, my paternal grandparents, Eugène and Zélire Dulac Verreault, were chosen as godparents. I don’t know if they came down for the baptism or whether they were represented by proxies. Saint Peter’s parish had only a basement church then. Work was in progress for the upper church but it was often halted for lack of money. (Many of the Canadians could afford to give only dimes and quarters and so the money was slow in coming.) I was baptized in what was later to be called the lower church but then was the only church.

My maternal grandparents, the Lessards, did not come down. My young mother—she was after all only 21—must have been sad not to be able to present her new baby to her mother for her approval and blessing. I know it was important for me to have my mother around when I had children.

Want a big boost learning how to be a better memoir writer? Invest in yourself. Invest in the Memoir Start Up Package. Your mother’s memoir is worth it!