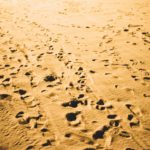 If understanding the interplay between destiny and fate worked for the Greeks, why not for us memoir writers?

Over the years, I have found that the concepts of destiny and fate, which explained so many things for Greeks in the centuries before the Christian era, also explain so much about the characters of a memoir. Sometimes the concept has proven to be the key to unraveling the meaning of a life.

A refresher on Destiny and Fate

Let me take just a moment to refresh your understanding of destiny and fate.

Destiny can be described as “what you are meant to be.” It is what the Christians label as “What God wants me to be” or “What I was placed on earth to be and do.” It is often called your potential.

Fate, on the other hand, is your contexts. It is the parameters that bind you in a narrower field than your destiny would wish. Fate is probably what the Hindus would call karma. Fate is found in culture, geography, historical era and so forth. It is something we often struggle against.

When we write our memoirs, the interplay of destiny and fate is a major elucidating element, but especially when we are writing our own lives, the conflict inherent in these two concepts can be too complex for us to grasp and we think of ourselves as deficient and “not enough.”

We are too close to the unfolding of what was at the core of all Greek tragedy. I don’t want to go on record as implying that our lives are, in their entirety, Greek tragedies. In some ways, however, we can say that the same concepts I’m exploring here are at the core of tragedies in any life.

The people in our memoirs are our characters. When we look at these characters in a story — our father or our mother or anyone— we sometimes wonder why they were who they were or sometimes why they behaved with each other as they did.

A key to understanding your memoir characters

One key to understanding your characters is to interpret the conflict that was played out between them as a play of destiny and fate.

To give you a really vivid example of the conflict between destiny and fate, all we have to do is imagine a person born in the 14th century whose destiny was to be a venture capitalist or perhaps to be a computer software designer. These are not destinies that would be possible to be realized in the 14th century. There were no economic, political, cultural or technical supports for these destinies to play themselves out. We can therefore say the person with either of these destinies suffered under a fate that would not contribute to his or her self- realization.

As we write a memoir, when we examine the role of destiny and fate in the lives of our characters — that is, the people in our lives — we have to spend time looking at their talents, kinds of intelligence (abstract, concrete), and capabilities. Their destinies — and their happiness — were to live these out to fullness.

Your people however, lived within a context — that is, a fate. The context of all our lives is made up of the social, political, cultural and economic circumstances. As we look at our characters, we can begin to notice areas — and who has not had these areas himself/herself ?— where the subject has not harnessed the potential — realization of their destiny — that had seemed to be theirs.

When the natural unfolding of Destiny has been thwarted, the loss of what might forms the core of what might be a tragedy of any life, our lives. Fate has intervened to thwart destiny. Let me give you a concrete example.

In a photo of my francophone Canadian great-grandparents taken around 1920, I see them looking defeated. They had lost their farms some thirty year earlier and had spent their middle years in US textile mills.

Did they appreciate the railroads linking farms to Montréal and Québec ran through anglophone villages thereby creating disadvantages for francophone farmers? Did they realize that they might have lost their farm because agricultural colleges did studies on crops favored by anglophone farmers and published their reports in English and not in French? Or, did my francophone Canadian great-grandparents feel they were not clever enough, not intelligent enough to “make it?”

A sketch by Winslow Homer — certainly we would call such a depiction racist today — shows a stupid-looking, francophone Canadian family at a New England train station. Is this the way my great-grandparents responded to fate by giving up on their destiny to lead fuller lives? The photo I have would seem to say so.

Other sources of fate

But, let us step away from political and economic aspects of fate and look at a more familial setting. When we look at the lives our mothers and our fathers lived, for instance, we may see clashes of will. Why is it, we say, that two people who were otherwise good people were not able to make a more harmonious marriage?

The answer, you may have guessed, often lies in what the Greeks called the clash of destiny and fate. Two people’s destinies clashing with the fate they created on their wedding day.

Okay, we have to ask ourselves, what exactly prompted my memoir subjects to behave as they did? What is the destiny of each and what did they struggle against?

It can be the conflicting values of different ethnic groups, economic circumstances that forced one or the other to abandon hopes and aspirations, a religious background that forced ideas to rule feelings out, an early decision of the family.

In other words, fate can be almost anything, but it is almost always external to a person.

In one couple, the woman is dominant and is determined that her husband will provide for her the lifestyle she demands. He abandons his hopes and pursues a lucrative career that is of no interest to him. The marriage is a fate that thwarts his destiny.

In another couple, the man is harsh and boorish. He crushes the spirit of his wife at every opportunity. Her gift for relationship, which would have expressed itself with her husband, her family, and her friends, proves impossible to develop in the hostile environment she finds herself in and she withdraws into a reclusive life. Her marriage is a fate that thwarts her destiny.

These are, of course, two extreme examples. Most of our tragedies lie in the “in between.”

We must be a Hercule Poirot

As we write a memoir, we have to think of ourselves a little bit like Agatha Christie’s Hercule Poirot. We have to be a detective who, while walking through the dining room, leans over and picks up a bit of hair and remarks, “How interesting!”

We too have to wander through the lives of our subjects and lean over to pick up a fact from the floor of their lives, and with this clue, we can begin to put together a composite picture of their lives.

There is a place, of course, for imagination, but that ought to come only later. At the beginning of our exploration of the subjects of our memoir, we must rely on the use of facts and details like a detective; we have to use what is available to us before we can start making use of imagination. Of course, it is often true that the imagination can get at the truth more easily than the facts, but I believe it is also true that it is the facts that ought to nurture our imaginations.

The Greeks may have had it right when they developed the concepts of destiny and fate. The two are always in conflict — almost always.

Lucky is the man or woman whose destiny is to be a computer programmer or venture capitalist if s/he is born in the 20th or 21st century with access to all the wherewithal to bring his or her destiny to full growth. Unlucky was the man or woman whose destiny was to be a genius computer programmer or venture capitalist who was born in the 14th century!

Active participants in actualizing our destinies

For most of us, there is a conflict in our lifestory and the role of the author of a memoir is to demonstrate how the hero narrowed the gap between destiny and fate to his/her advantage. While fate can be cruel it is not the end of our story. We — and our memoir characters — have always had it in us to be active participants in actualizing our destinies.

Every memoir is the depiction of a hero’s journey, and every hero’s journey portrays the narrowing of that gap between destiny and fate.

Remember: whatever you do today, write a bit on your memoir.

4 Responses to Destiny and Fate: Have You Placed These Concepts at the Center of Your Memoir?