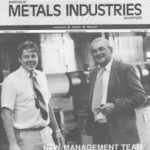 Over the years, I have had the pleasure to collaborate on a number of memoirs which highlight the lives of men and women who have attained a significant result in their work life.

Why would somebody want to write a business memoir?

People write business memoirs for some of the same reasons people write any other kind of memoir.

People want to honor the world from which they sprang.

Business memoirs spring from a context

These four memoirs detail the cultures from which they sprang. Mr. Verreault grew up in a Franco-American community in the 1920s and 1930s. Mr. Lowther, born in 1909, grew up in an African-American community in North Carolina in the second and third decades of the past century. Josephine’s Stone was a contemporary of Mr. Lowther. Mr. Myers, born in 1932, is slightly younger. Interestingly, these four business owners both were proud of their cultures and also saw them frequently to be impediments to the work they undertook.

But the personal details are not all that these business people sought to memorialize. These are books full of insights on how to achieve success in business. They contain interesting similarities:

These four books that I offer as examples of business memoirs are only some of the business memoirs that I have written. Every experience has revealed many similarities in these very disparate people. Mr. Myers and Mr. Verreault were able to ride a cusp of changing times. Mrs. Stone and Mr. Lowther were able to take humble enterprises—a barbershop and a restaurant—and—overtime—parlay them into second venues and additional businesses.

These business owners were examples of the turtle winning out over the hare.

What happens to these business memoirs?

Hastie Lowther was interviewed on radio, appeared on TV, did presentations to clubs, bookstores and classrooms. Her book was a platform to speak about and to the African-American community.

Emily Foster was very active in promoting the book she co-authored with Jo Stone, The Legend of Barjo Restaurant. Among her outreach efforts, she sponsored a well-attended launch party and was unfailing in speaking before any group that would have her—whether a school class or a business luncheon or a university class. For a while, she did a brisk mail-order business as people who had known Jo Stone—or their children and grandchildren—and her many restaurant customers wanted to get their hands on a copy of The Legend of Barjo Restaurant.

Sylvester Myers’ From Coal Fields to Oil Fields and Beyond was a popular item in African-American studies programs and in schools and universities. In addition, the book was handed out to many clients of his business. Robert Verreault’s Business Boy to Business Man also was distributed to colleagues and clients and is available on Amazon—as are all the books here.

A statue of one’s self in city park

Everyone who writes a memoir is looking to some extent to create a metaphorical “statue in city park” to himself or herself and to those circumstances that shaped his or her life. These people were achievers. Far from being braggadocio, all of the books that I presented serve as an example to younger people to follow.

The books have had various trajectories. Depending on the energy of the author or co-writer, books sold more or less. None entered the memoir world to make money from their writing. One thing is certain: these four books brought great satisfaction to their writers.

In a subsequent article, I will write about the process of creating such a book. I look forward to sharing this with you.

Improving my memoir, memoir writing help, working with a ghostwriter