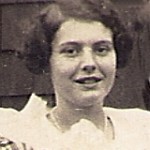 Years ago, I created lovely memoir booklets (48 pages, single fold, jacket with photo) about my grandparents that I gave to my children, my siblings and their children. It was a great success. The generation after mine (my kids, nephews and nieces) knew very little about their greatgrandparents and many appreciated this booklet. When I approached my mother about doing her life, she said there really wasn’t anything to write about. She did not seem very enthused. Perhaps another year, I thought, before I can get my mother’s memoir book started. END_OF_DOCUMENT_TOKEN_TO_BE_REPLACED

I hope this blog post has been helpful to you to write a better memoir. It is a brief—and, I believe, high quality—assist in a facet of your writing, but there is much better I and my team can provide you. The best ways always come down to a Memoir Network professional coaching and editing your memoir. As your coach or editor, we don't give you just theory as in this blog post (beneficial to you by the way). You and your Memoir Network professional plunge deep into your story and develop it so it "comes alive" for your readers. To explore this option in a free consult, email me at [email protected] for an appointment. Want to try a launcher, do-it-yourself option? Try The Memorable Story / Write Your First Memoir Draft Program. Over the coming weeks, you will learn to write better, deeper memoir and to write more quickly and with more satisfaction. Enroll today. Another option is my classic book Turning Memories Into Memoirs / A Handbook for Writing Lifestories and my many other memoir-writing books. My Start to Write Your Memoir FREE five lesson e-course will help you to calibrate—or recalibrate—your memoir writing. Join our FREE My Memoir Education membership. It's easy to register, and you'll receive tons of free materials.
View all posts by Denis Ledoux →
What I Have Been Reading

One Response to My Mother’s Memoir Book