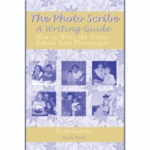 One day in 1996, I read an article in a local newspaper about a scrapbook workshop called Creative Memories that was about to be presented. The article mentioned both designing photo albums and writing stories for photos—actually the article said “photo captions” but I immediately thought of stories.

There was something about the tone of the article that led me to believe the woman offering the program and Creative Memories, once the largest company focused on enhancing photo albums, were not one and the same. My sense was that she was working at someone else’s program; she was a presenter and not an originator.

Out of curiosity to see if my intuition was correct and to chat with someone who may have precious information to help me grow my own company, I called the 800 operator—this was 1996 after all—and learned that there was an 800 Creative Memories number in St. Cloud, Minnesota.

Thinking it might be wise to call Creative Memories to chat about how this networking program of theirs was working, I connected with the marketing director, Susan Iida, and you can imagine my surprise when I learned that Creative Memories had over 4,000 teachers at the time and…

Here I was with my 20 or so teachers! Susan, the marketing director, was gracious and very generous with information and we talked about expanding my own company not only on that call but on several subsequent ones. She was also interested in the concept of writing stories for photos.

Because I had shared my own work helping people preserve memoirs in writing—which was after all the Creative Memories mission, she asked me if I would be willing to come to St. Cloud to be a breakout speak to a yearly convention of Creative Memories consultants. She wanted me to present on writing stories for photos. 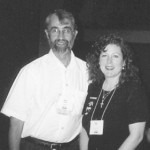 At the Creative Memories Convention

Of course, I said yes!

At the time, I did not have any material specific to preserving stories via photo albums, but I did have my book Turning Memories Into Memoirs / A Handbook for Writing Lifestories. I did what any reasonable businessman would do I brought copies of my book with me. I shipped 500 copies to St, Cloud, and during the weekend, I sold sold-out.

I was, of course, overjoyed—the income from the sales far exceeded my honorarium! I had also proven to myself—and to Creative Memoires— that their was a buying market of writing stories for photos.

Apparently I was a critical success because Susan immediately asked me to come back the next year not as a breakout speaker but as the keynote speaker!

I asked her if it would be a good idea for me to fashion a book on specific scrapbooking techniques for preserving lifestories—writing stories for photos. In short, I was volunteering to create a book that would use photos and short texts rather than lengthy writing or miniscule captions as the core of memory preservation.

The ensuing winter (‘96-‘97) was spent creating the book The Photo Scribe, A Writing Guide / How to Write Stories Behind Your Photographs. What I did was to incorporate that gist of my Turning Memories Into Memoirs / A Handbook for Writing Lifestories program into the new Photo Scribe line.

The book on writing stories for photos that resulted was a fine book. When I brought it to the next Creative Memories convention—this time it was held in Minneapolis because Creative Memories now had gone from over 4,000 to almost 8,000 consultants—the book was well received. Incredibly, I had brought a thousand copies of The Photo Scribe and equal numbers of Turning Memories Into Memoirs / A Handbook for Writing Lifestories and of its recently-recorded audio.

During the weekend, the consultants crowded my sales table were often 10 to 12 abreast and the same number deep. Martha and I were selling the books and we could hardly keep up. Several kind ladies stepped up and said, “You guys need help!” Then, they began taking payments and handing out books. We were ever so grateful for their help. Writing stories for photos had proven popular beyond our expectation.

In all, we sold $29,000 of books and tapes that weekend! Need I mention that this far exceeded my honorarium?

Why was The Photo Scribe so well received?

There are probably several reasons for its success:

There are those who protest that photo albums are public books—and of course they are. Should one get so personal in an album and engage in writing stories for photos? It is an individual call, of course, but I say a photo album need not be any more private than a memoir is—a memoir that you share with family, friends and, conceivably, the world.

And now the  E-Photo Scribe

We have now added to our Photo Scribe line an e-version of the hard-copy book. This makes it easy to take the book with you as you travel and want to be reminded of the best ways to preserve the memory of your trip—by taking photos and writing stories for photos. It is also convenient since your e-reader does not to take up space on your suitcase or later on you bookshelves—if that is important to you.

We are offering the hardcopy of The Photo Scribe, A Writing Guide / How to Write Stories Behind Your Photographs book and the e-book at a special price. You’ll get both the hardcopy—with no S&H fee—and an e-book version of your choice for the price of the hardcopy alone: $19.95. A savings of $10.

To receive both for this special price, click here.

The e-version is also available alone for $4.95. Click here to order the e-book.

Good luck to you as you both write your memoirs and perhaps begin writing stories for photos into your albums. To help you with the task we are including here a link to articles on the blog category of photoscribing.

But before you do that though, gift yourself with a copy of both versions of The Photo Scribe, A Writing Guide / How to Write Stories Behind Your Photographs. Click here.

Dare to Share Your Writing
Photos in Your Memoir Book Layout