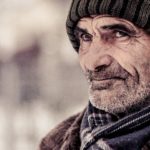 Five easy, proven tips for adding feelings to a memoir

As a memoirist, do you accept that your family, your friends and your acquaintances are characters in your story?

“But, I’m writing about my mother, not about a character,” you say.

Yes, you are writing about your mother and she is a character in your story. If you can’t incorporate that notion into your approach to writing, your memoir will not soar.

Without the interactions of and with other people, our lives and memoirs risk becoming dull. Although ideas are pivotal for many individuals, relationships are even more commanding.

We are intrigued with who other people are and how they function. “Who’s that? What are they doing? Where did they come from?” These are questions we want answered.

To write a strong story, capitalize on this interest. As in fiction — but memoir is not fiction, your characters must be developed using proven literary techniques.

If you do this, the reader will keep reading your story and eventually get a clear sense of who your characters were in real life.

Let’s start our inquiry into writing vivid characters with a look at sense details which are a basis for writing that moves us.

Many people mistakenly believe that characters in a story have to be well-known to be interesting.

When people write their stories, they search their pasts for when they might have crossed paths with the famous.

“I want my story to be interesting,” they say. “How can I write an interesting story when all my people are ordinary?”

Consequently, they write about when they were in the same elevator with some luminary back in 1988.

In memoir writing, a first step to creating a strong, vivid character is to describe him or her in sensual details. Sense details make for vivid characters. (The senses, of course, are: sight, sound, smell, taste, and touch.) The most effective descriptions of people make use of these.

What did the person you are writing about look like? Describe height, weight, color, shape, posture, mannerisms, contours of the face, prominent features.

How did that person move, talk, walk, sit? Describe the person’s clothing, sense of style, hairstyles.

In what ways did that person typically express emotion with body posture?

Don’t forget throat clearing, foot scraping, or the knocking of a wedding ring against glass as a hand cleared frost from a windshield.

Smell is one of the most evocative of the senses. A particular herb or soap or cleaning fluid can immediately return us to another time and place. Be sure to use that power in your descriptions.

Your text should make references to perfumes, colognes, pipe tobacco, barn odors, the scent of a kitchen, the aroma of a bath, the smell of mimeograph paper or the stench of a gym.

Help the reader feel how rough your character’s skin was, or how smooth the clothing, how gentle the hands, or how furtive the caress.

Writing your response will also give the reader a sense of the touch.

Your reader will think “vivid characters!”

Let the reader sample foods associated with your past or with the person you are writing about. Perhaps a food image or a metaphor will give a deeper sense of the person’s personality.

The old adage “Show, don’t tell!” is as true as ever. It is one technique that will always improve your writing.

I admit that there is some great writing that makes a precedent for “tell,” but as a rule, “show” is more effective. More on “show” below.

2. Your keyboard is your movie camera.

In a film, a director wouldn’t have an actor go on screen to tell the audience that someone is angry. Instead, he shows the character in a scene where anger is depicted in an action.

In writing, this means you do not say, “Naomi was angry.” Instead, you show the action (create a movie picture) that makes it clear: “Picking a dish from the drying rack, Naomi throws it across the room; it crashes against the door Henry has just walked through.”

You may choose to include words — dialog (“And don’t you ever say that to me again!”) — that underscore the action. But the words should not replace the action.

Your writing must show as much feeling-depicting action as there was in life.

If you depict an action, it is likely to show an emotion; you won’t need to tell the reader that the character was angry or scared. In fact, when you tell too much, you take away from the pleasure the reader has interpreting and understanding your story for herself.

To understand your story, the reader shouldn’t have to have any special info that is not “in the eye of the camera.”

You must challenge yourself to include everything the reader needs to know in order to understand what you want him to understand (you are the director!).

“Show don’t tell” goes a step further when you realize you must also exclude anything in your story that has not been shown in a scene where action makes the info clear.

Showing rather than telling is fairly new to writing. In most writing prior to the twentieth century, plenty of information is conveyed by a character who tells what has happened offstage: Macbeth, for example, commits his famous murder offstage.

But movies have been in our culture for over one hundred years. They have changed the way we experience a story not only on the screen but on the page as well.

Today, we are habituated to observe actions that earlier storytellers had to describe through a narrator. Shakespeare was forced to tell rather than show: his stage was small and the cost and complication of making scene changes was prohibitive.

Today’s movie director not only wants to and can portray the death of the Duncan but must do so because of the expectations of the audience. We won’t believe the scene in the same way if we are told rather than see it happen ourselves — apologies notwithstanding to the Bard. The same is true of your life stories.

3. How showing is more convincing than telling.

In a film I saw recently, the hero meets a woman who seems more suitable for him than his wife — ”seems” is crucial here — since we don’t ever see the hero and his new woman in a “real-life” situation. We have, however, seen how he and his wife interact destructively. The movie shows us that his wife is not right for him — the scenes in which they don’t get along make it clear.

The hero leaves his wife for the other woman and a narrator tells us they live happily ever after. I couldn’t believe what I was hearing — here was “tell” at its worst rather than “show!” It was a big flaw in the film.

As an audience member, I wanted to see how well they got along, how infatuation could turn into an enduring relationship. As written, the ending fell flat. I didn’t believe what I was told like I would have believed what I could have seen for myself. Your readers will insist on the same standard.

Look at your writing with the tip “show, don’t tell” in mind. Find opportunities to convert your stories from telling to showing by using the active components of scene building: dialog, action, and setting. Let the reader experience your stories for herself by giving her the scenes she needs to understand.

4. Writing feelings into your memoir is essential.

Sometimes, writers will say, “I understand how to add feelings. I just don’t get how to access feelings.”

Your step-father’s character, for instance, needs to be portrayed in the details you select to describe his actions or the setting the reader will find him in.

Over time, including feelings into your memoir writing will be increasingly easier.

When you think of a memoir as layered writing which can be added to, your feelings can be incorporated as you do second and third drafts.

I appreciate the time you spent with me.

Become the best memoir writer you can be.

TO OZ? YES, TO OZ!
Be Committed to Writing and Spare Me of People Who Are “Interested” in Writing