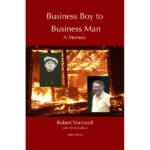 During the summer, I took a longer supper break and, after returning to the shop — where I had over a hundred and fifty employees — I might stay until the second shift went home at 11. The evening of July 18 was no different.

When I was young, I used to take care of emergencies at the shop myself, but no more. My summer camp’s telephone number was unlisted, and I had given it only to family and friends so I usually had a lot of quiet when I was there.

That night, however, the phone startled me awake at about 3:30. In the darkness, as I reached for the lamp, right away, I had a bad feeling. A middle-of-the-night call was not a compressor gone wrong. It was something much more serious. Could it be one of my parents was sick? Or, my wife’s? We had a lot of salesmen out on the road. Had one of them been in an accident? I stumbled through the camp to reach the phone in the large family room. When I answered, I heard a woman, announcing herself as a telephone operator, asking if I would take a phone call from a police officer. “He said you would want to be disturbed,” she added.

But it was not a thief the officer was calling me about. What he said next shocked me.

“The Diamond Machine plant is on fire, Mr. Verreault.”

“What?” I shot back stunned.

END_OF_DOCUMENT_TOKEN_TO_BE_REPLACED

Write a memoir: practical how-to information to ace it.
How to Write A Successful Memoir: Stepping Stones [Part 1]