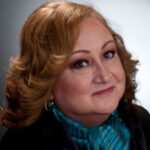 Basil is just an ordinary herb, but whenever I smell it, wherever I might be, I think of Noni. I also picture her in her sunlit, shiny clean kitchen, perhaps with a pot roast and gravy bubbling on the stove and raviolis boiling away next to it. She didn’t always make pesto (hence the basil), however, for some reason the scent of fresh basil is synonymous with Noni for me. Noni was born on October 12, 1899, to Italian immigrants that made the journey from Liguria, Italy to San Francisco, California.  When I was old enough to remember her, she lived alone in Redwood City, just thirty minutes south of San Francisco.  She is the grandmother I knew the best, since she lived the closest to us.  She was a happy-go-lucky lady, always smiling and laughing. I never saw her sad or depressed, unless the occasion warranted that. She was an excellent cook. Some specialties were malfattis (spinach balls), handmade raviolis, Crab Cioppino at Christmas, and pies made from the in-season fruits from her garden. She would make an elaborate meal of several courses, just for a normal Sunday dinner. She spoiled us. I remember when I was in my late teens, and early, early 20s, my father, mother, and myself would often make the drive to Noni’s house for these Sunday dinners. No special occasion needed – just Sunday at Noni’s. While my dad would watch sports on TV, usually football, my mom would help Noni in the kitchen, and I would sit there in the kitchen watching them both.  At that time, I didn’t really have an interest in cooking, unfortunately, nor eating really, although there was no denying Noni’s food was extra tasty. Something else I didn’t get to indulge in too much were her Manhattans, served along with the meal, or there would be wine. But something that was a staple was Noni’s beer from the Lucky supermarket by her house. Although not excessive with it, Noni enjoyed her beer, in cans, part of her partying spirit. She liked to have fun and I’m sure the beer added to the festivities of our Sunday visits.  She never got drunk from it – nor did anyone over drink.  Although some of us felt the affects of the meal and my dad would always take a nap before we headed back home.

The meals would start with antipasto (tuna, with olives, onions, carrots, and peppers), sliced cold meats, such as salami (my dad’s favorite), coppa, and mortadella, and Shrimp Louis (shrimp with lettuce and Thousand Island dressing), and that was just for starters. Then would come pasta, which could have been pesto, raviolis, or a number of other variations. Then, would be the meat, such as tender pot roast, rotisserie chicken (cooked on the rotisserie in her backyard), or again any other variation from her slew of recipes. Between these were trips by Noni and my mom to get the next serving platter, while my dad would turn to check out the games on TV, and Hazel, Noni’s best friend, might pass around the glass decanter of Manhattans. Hazel often attended these meals as well.  We knew Hazel well – she was Noni’s Maid of Honor at her wedding to my grandfather. They knew each other for years and so Hazel’s presence was a given. To finish off the meal, was always something sweet with coffee. It could have been a coffee cake that Noni made that day, or a fruit pie, or her famous tapioca pudding with biscotti on the side.

In 1983 after college, when I was 22, I moved to Los Angeles.  My mother and father continued to visit Noni and have these Sunday dinners, regularly. One day in September, while I was in Los Angeles, I received a call from my mother.  She said that she and my dad had been to Noni’s that previous Sunday. She said they had a very nice dinner, Noni was happy as usual. When my mom went to say goodbye to Noni for the night, she said she felt an even stronger hug from Noni than she had ever felt. My mom was a little curious, and thought about it even to that next Tuesday when she received a call from Hazel. Hazel told my mom that Noni had peacefully passed in her sleep that night, September 6, 1983. We were all crushed. My dad was an only child and, of course, his dad had already passed away in 1962, leaving my dad with little to no family except for us. I came back to San Francisco for the funeral. My dad cried for days, if not weeks. We all loved Noni – my brother, my sister, and my sister’s kids. Yes, Noni was a great-grandma.

Appropriately called the Memoir Start-Up Package, this package contains much that you will need to launch yourself on the process of leaving a meaningful written memoir.

Writing a memoir can be a lengthy endeavor. Why not be good to yourself and invest in the strong foundation this package will provide?

Treat yourself or a loved one to the gift of memoir. CLICK HERE.

While I was in college, I majored in Cultural Anthropology. For a project, I documented Noni’s house. I used my Super 8 camera and filmed her lavish garden, which she tended herself, the spotless bedrooms and bathrooms, comfy living room, and the mahogany dining table, and the orderly kitchen. One of the reviews of my film was that it showed the “quintessential grandma’s house”. She was the quintessential grandma too. Maybe better said, an Italian grandma.

She spoke Genovese, and yet being born in San Francisco, she spoke English like a San Franciscan, with a hint of a Boston accent, for some reason, of which we aren’t sure. It could be part the San Francisco influence, because my dad and even my sister and myself find ourselves with that hint of an East Coast accent at times.

During those famous Sunday dinners, Noni would tell us stories about the family in Italy and how they had a villa and grew mushrooms, which they used to mail to her in the United States. Noni’s maiden name was Angelina Arata. My grandfather’s name was Stephen Arata. No, they weren’t cousins nor related in anyway – this was checked out prior to their marriage. Noni’s family came from Chiavari and Cicagna, near Genoa, Italy. Nono’s family came from the same province, but from which specific towns we aren’t sure of. They met each other here, in San Francisco, in of all ways while Nono was working as an engineer on a cable car.  She hopped on his cable car and the rest of the story was to continue.

Noni and Nono’s families came here in the mid to late 1800s. Naturally, they were here for the 1906 earthquake.  Noni would tell us stories about how her family survived it. How they had to go to Golden Gate Park to be away from the fires. She was only about 5 years old at the time, but her images seemed still vivid as she recounted to us. No one in the family was hurt, but you could sense it was a scary time for a child. Noni would laugh when telling how her brother’s bed moved from one side of the room to the other during the quake.

Nono was in the World War I and so when Noni wanted to visit Italy, he would always say no, that he had already been there. Therefore, unfortunately, Noni never got to see the country that her family originated from.

Noni loved to laugh. When I think of her, I think of her smiling. My sister took over her love of laughter. I took after Noni physically. I look a lot like her. In fact, once when I was about 15, I was riding on the back of my cousin’s motorcycle, wearing a helmet that only left my eyes and nose and mouth outlined. I caught my image in the motorcycle’s side view mirror and I saw Noni! Well, it was me, but I maybe first discovered what people would later tell me. I really look like her. I had her nose, a very Italian hump nose. My mom always said she was a pretty lady so I was okay with it. Her hair turned silver early, although mine hasn’t. She had very elegant silver hair that was full and wavy. She sometimes wore glasses, probably more for reading. She was a little heavy set, although proportioned.

Now that I am 51, I have Noni’s figure. I am now heavy set too (although I’m working on reducing it). My love of food has increased as well. Whereas when I would visit Noni, food was not my number one priority. Now I would love to be able to eat Noni’s food, learn how to cook from her, and ask her about all her stories of the family in Italy, the details of how she met Nono, and in general, enjoy her company. I have no bad memories of Noni. She showed no favoritism, never scolded us, nor did anything unpleasant. It’s nice to look back on the memory of someone and smile as you remember them smiling. After Noni’s funeral, I went back to Los Angeles. It was the early 80s and Michael Jackson had just gotten his nose redone with cosmetic surgery. Losing Noni, being on my own in Los Angles, and who knows, but I too decided to fix my nose. I’m still not sure whether that was a good idea or not. I lost my heritage is what I feel the most. Physically, the nose looks proportioned and was done well. However, I did lose part of my connection with Noni. Strange how we do things like that.  Life is a long one, if we are lucky, and so things are bound to happen.

I wrote my first published article, "Compassionate Caregivers: Experienced Voices Heard" in 2011. I continued writing the following year and gained a Certificate in Personal History Writing. From that, I began a memoir business that included a biog. All the while, I wrote film reviews and features for a film service site. Kitty Giver evolved after that as a business and blog site devoted to cats, art and culture. That site grew with interviews with notables, reviews of feline films and books, and aimed to elevate cats' cultural status to encourage better treatment toward them. After those two ventures, I decided to freelance. I self-published an e-book, "Raised By Hollywood: Reflections from a latchkey kid," also translated into Italian. Visiti her site Memoir Historian
View all posts by Christine Arata →

Branding Yourself: Making a Public Presence for Your Work
Jerry Lewis Slept Here

One Response to The Quintessential Grandma