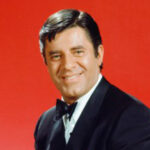 The usual person gets four natural grandparents. Naturally, I got five. Or six. And they were all in one body.

Both of my father’s parents passed away before I was born, victims of his absence during World War II as he fought the Germans on their own soil. My mother’s father died when I was six months old, a coincidence I believe, or so I have been told.

That leaves my mother’s mother, who was grandparent enough to more than satisfy the grandparent role for my childhood. She was clown, sage, bon vivant, narrow-minded, Rooseveltian. She lived on a one-way street in a suburb of Newark, N.J., raised her own brother, allowed her own mother and her nagging shrew of a sister live in her house, and let Jerry Lewis sleep in the middle bedroom to get away from his own grandparents.

She wasn’t physically imposing: under five feet tall, under one hundred pounds. Her voice was raspier than an Edison recording, her opinions grittier than a whole bucket of dirt. She loved to dance, tell lewd jokes, especially about herself, but remained a devout Catholic her entire life, except for the 12 years between the births of her daughters.

During those years, she and my grandfather knew they could not afford another child. It was The Depression. They used birth control, and my grandparents did not consider themselves good Catholics. As soon as their circumstances changed, they stopped using birth control and became pregnant. They then proudly became primary supporters of the new Catholic parish in their neighborhood, without a backward glance.

When she came to visit our house, the dog would start barking when she was a block away. How the dog recognized her car, we do not know. She drove an ancient gray Dodge, and it must have made a dog-pitch buzz. Grandma would drive past our house to turn around in the barnyard up the street, then come back down the road, so we had plenty of time to calm down the dog and clean up the living room, or so we thought.

That was her first concern: to clean our house. My own mother bordered on slovenly, in Grandma’s eyes. Despite years of excellent training, somehow my mother had never absorbed basic housekeeping skills, Grandma despaired, and it was up to her to keep her grandchildren, my sister and me, in healthy surroundings. It was up to her to completely rearrange all cupboards, shelves, closets, and cabinets,  to rewash all clothing and linen, to re-iron it, to dust all surfaces. This happened weekly, after church.

Her house, on the other hand, was a marvel and I loved to visit, and when I did, I asked the same questions.

But I usually slept in the front bedroom, her room, with its big double bed, her boudoir table and hope chest, the green and gold curtains that muffled any noise from the quiet one-way street. Whether I had a cold or not, she would appear with the jar of Vicks VapoRub to give my chest a good coating, her hands scarred by the nuns from her three years of schooling, by her four years in the comb factory, by the five years at Westinghouse, by the years she spent washing and cleaning and baking and sewing and making do.

I never knew my grandfather, her husband. I never asked her what it felt like to meet him, to realize that by marrying him there would be relief to her poverty. What was it like to know that the burden of raising her brother, dealing with her crazy sister, caring for her sick mother was about to become easier, was about to feel as if a balm had been spread across her shoulders, and that she could rest.

The Quintessential Grandma
Nothing Broken