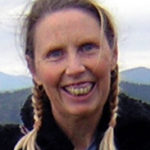 As I was cleaning out my parent’s house I made all kinds of discoveries. Like most kids (I’m referring to myself here) I never once thought of my parents as people. They were Mom and Dad. What they did before me really never entered my mind. Their life consisted of station wagons, split two-level houses in subdivisions named Spanish Trace, North Village, or Highmill Estates. They were first of all parents, then perhaps golfers or members of the country club, or the ad men on Madison Ave.

The notion that they had sex, addictions, or a secret past was the stuff of TV dramas and not particularly anything to do with our family. 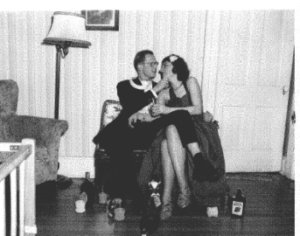 Yet in packing and unpacking the house after Dad died, we discovered Mom had changed her name. I came across her birth certificate. Apparently, Mom in her early 20s had changed her name from Lorraine to Rita. Even later after that she preferred to go by her middle name Ann.

By now, Mom had downward spiraled into dementia. It didn’t take long after Dad died. Lorraine, Rita, Ann had traveled to another place and taken all her secrets with her. I would never know the full extent of who she was. There were photo albums that showed another side, a fun side. The photos became like a flipbook of the past. I dwelled in memories and lingered, daydreaming in nostalgia.

I wondered what it must have been like for my parents: surviving the Great Depression, World War II, because of the GI Bill, attending college—something they never once would have considered without government help. Mom and Dad met at Ohio State and went to fraternity dances—Mom in fabulous gowns. They were so young and beautiful and crazy.

In my new eBook, Flash Memoir: Writing Prompts to Get You Flashing, I offer over 90 pages of prompts and examples along with other resources to get the memoirist remembering. And, not just that, but writing. Using a process I call Write Right Now, I encourage readers to do just this: build a portfolio of small flash memories that will eventually be expanded upon or become the foundation for a scene. Memories are the building blocks to most everything we write.

For some of us, sitting down to transcribe or pen a memoir can be an overwhelming task. I recommend approaching it in bite-size pieces or rather applying flash. By freeze framing a moment, a memory, like a camera snapshot, and dwelling there you are creating the foundation for longer memoir, a jumping off place to expand upon later. (See my other eBook, Freeze Frame: How to Write Flash Memoir)

The nice thing about flash is that it can be unresolved. There often isn’t enough space/word count to fully explore the memory. And, like so many of our memories, there is an undercurrent of lose threads, fuzzy blurred beginnings and endings with little or no significance. They simply are.

So write right now. How many times has an old photo opened up doors, gave you entrance into rooms you never even knew about?

Jane Hertenstein is the author of over 90 published stories, a combination of fiction, creative non-fiction, and blurred genre both micro and macro. In addition she has published a YA novel, Beyond Paradise and a non-fiction project, Orphan Girl: The Memoir of a Chicago Bag Lady, which garnered national reviews. Jane is the recipient of a grant from the Illinois Arts Council. Her work has appeared or is forthcoming in: Hunger Mountain, Rosebud, Word Riot, Flashquake, Fiction Fix, Frostwriting, and several themed anthologies. She can also be found at memoirouswrite.blogspot.com where she gets 10,000 hits a month.
View all posts by Jane Hertenstein →
Don’t Talk Your Stories Away
Two Tips For Conveying Theme Effectively